Almost one year ago, Kristian Baumann, opened the ´terrestrial´ version of one of the best restaurants in the world. He worked for some time at Noma, then he left to help Christian Puglisi to open Manfreds and Relæ and stayed with him for four years. After that, Baumann began to have many ideas that he felt in the need to start his own project. An then, he went back to the master: René Redzepi. They talked; Baumann had the motivation, but not enough money and Redzepi wanted to open a restaurant catered to a wider audience, but not led by him. What a wonderful coincidence isn’t it? That is how 108 was born.

108 is now considered Noma’s little sister because Baumann has Redzepi as a bussiness partner, but not only for that. They share a common style with their food essence: Noma (Copenhagen, of course) is characterized for the use of traditional Scandinavian ingredients, but they have to deal with seasonality and harsh winter. In order to still use this ingredients no matter the season, they both make use of fermentation techniques to preserve their ingredients. Baumann’s 108, have tree main piles in his cuisine: the first pillar is the use of herbs, flowers and greens, which they source locally. Second pillar is the pantry, where they keep all their wild produce. And third, and maybe the most iconic: fermentation. This last pillar has become so iconic for Noma’s cuisine (and now for 108) that they share a fermentation laboratory where a lot of formal research is being made!

Nevertheless, 108 maintains a particular identity which separates it from Noma. The atmosphere here is much more relaxed an casual: people hang their own coats, people serve their own wines, waitress are casually dress and they leave a lot of the traditional formality behind just to make you feel more comfortable and relax. For example, when I asked a kitchen personal that brought our main course “which dessert will you recommend?” he answered to me, “I am so sorry, but I am a little child that does not know very well what I like, so I always have to first ask my mommy”, and then he turned around and asked our waitress “Mommy, what dessert I like the most?”. I found this funny, and really honest.

Another aspect which makes 108 different from Noma is the menú dinamic. 108 does not have a tasting menú. Instead, it has seven savory dishes and three desserts from what you can choose. It also has the ´Livretter´ which is the danish word for -your favorite dishes- and are intended to be served in a family-style (to be shared with two to four people).

Of course at the beginning: bread. This is common in all restaurants, and I usually do not pay atention because, of course… is just bread. But the sourdough from 108 is just impossible to forget, probably the best bread I have ever had. And I certainly saved a piece to chopped into the glazed pork belly (so classy of me!).

As a main dish, I went for the Glazed Pork Belly with salted apples and last year’s redcurrant. I must say that the apples were a surprise for me. They were salted with a spice that reminded me a spicy candy in México (a type of ate enchilado). The apples in that dish felt really Mexican to me.

One of the desserts was Rausu Kombu Ice Cream with toasted barley and an oil of blackcurrant wood. Surprising detail here for my own personal experience was the use of a raw oil on a desert. I would say it works pretty well, specially since blackcurrant wood oil is extremely aromatic! (Blackcurrant is native to northern Europe).

With only one year since it first opened, 108 has been already awarded one Michelin Star. This award has bring a bittersweet discussion to the table in whether 108 really deserves the Michelin Star. From one side, I have read (mostly informal reviews) that 108 is lacking the ´formality´ to be awarded as a Michelin Star restaurant. Some people find it really unpleasant to be sited so closed from one to another table, or for waiters to be so casual. And even worst: they find it even offensive to be asked to hang their coats themselves. Also, Baumann has been criticized of being  too straightforward with his dishes, and lacking of the´wow´ factor.

Regarding criticisms, I have a very strong opinion on this: haters gonna hate. If people go to the 108 hopping to have the typical Michelin Star experience with all this ´chick´ little details in the service, they are gonna be disappointed. As how I see it, 108 is about creating a relaxed atmosphere to enjoy your meal an enjoy the evening with whomever you are with. And for me, that is specifically what I search on a dinning experience. After a nice dinner, I remember the environment, and I remember the food. Baumann has break this Michelin Star tabú about being extremely over-done and elegant, to create a more ´terrestrial´ experience, to stop drifting and focus on what really matters: the food. As Baumann stated in one of his interviews:  “It’s okay to do something comforting, as long as it’s delicious. You don’t have to challenge people all the time.”

The Corner is a cafe which is part of the 108 building. It is connected to the restaurant. They serve coffee and danish pastries from early in the morning, wine at midday, and the dish of the day as a lunch from 11.30 til 14.30.

Alex Villar is the Chef de Partie. Their pastries are characterized for the use of beef caramel as a topping in their pastries. Beef caramel is a fermented beef stock from the Noma’s fermentation lab, reduced with sweet and savory. They also have another typical danish pastry, which they covered with concentrated aronia berry concentrated, which has been reduced with kelp (a seaweed) and gives an umami flavor to the pastry.

Inside 108. The new restaurant from Kristian Baumann and René Redzepi

Noma’s taste of tomorrow: creating the future of food

What are you looking for? 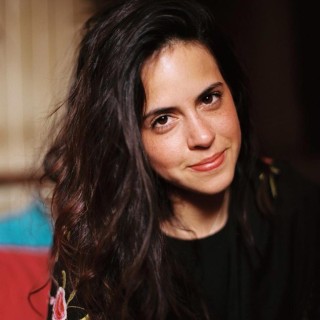 Hello there! I'm Ana Cristina, and I'm currently doing my PhD at Wageningen UR. Before that, I lived at Monterrey for six years while I was studying my bachelor in Agrobiotechnology Engineering. I love to bake, I do it as a distraction in my free time, I've been doing it since high school. I'm from Mexico and I'm very proud of my origins, my culture and traditions, hope this blog transmit you a little bit of what I love.